At the Royal Gorge Bridge and Park, there is always something going on. From Memorial Day Weekend thru Labor Day Weekend, we host live entertainment. Keep an eye out for special events such as Boo at the Bridge.

The Royal Gorge Bridge & Park and the city of Cañon City proudly present a sesquicentennial celebration concert at the Elk Park Amphitheater. Join us on Friday, September 16th under a canopy of stars for the ultimate bluegrass experience as we welcome Grammy Award winning artist Béla Fleck.

Over the last four decades, Béla Fleck has made a point of boldly going where no banjo player has gone before, a musical journey that has earned him 15 Grammys in nine different fields, including Country, Pop, Jazz, Instrumental, Classical and World Music.

But his roots are in bluegrass, and that’s where he returns with his first bluegrass tour in 24 years, My Bluegrass Heart. My Bluegrass Heart is the third chapter of a trilogy which began with the 1988 album, Drive, and continued in 1991 with The Bluegrass Sessions.

Concert guests should arrive early to enjoy the opening performance by multi-Grammy nominated Frank Solivan and Dirty Kitchen. Known for their meaty pile-driving rhythms and Frank’s dynamic and bold vocals, the band’s last two albums have both received a Grammy nomination for Best Bluegrass Album. They have twice been named IBMA Instrumental Group of the Year and earned numerous other IBMA noms including Male Vocalist of the Year, Mandolin Player of the Year, and in 2013, received Banjo Player of the Year.

Elk Park Amphitheater, located on the South side of the Royal Gorge Bridge & Park, is a sloped concert area with grass seating. Guests are encouraged to bring their own blankets and/or low-back lawn chairs. Seating is on a first come-first serve basis. Concert ticket includes all day admission to the park, so come early and enjoy the attractions! Elk Park Amphitheater gates open at 5:30 pm.

Nature’s Educators at the Plaza Theater

Nature’s Educators is a 501c3 non-profit educational wildlife program whose mission is to teach anyone and everyone about the importance of birds of prey. They strive to get audiences excited to learn about wildlife. Check out their live shows at the Plaza Theater from Memorial Day through Labor Day.

Girl Scouts of Colorado will host a bridging ceremony for all Girl Scout program levels on August 20th. Girl Scouts across Colorado are invited to bridge at the Royal Gorge Bridge & Park. This is an organized walk across the bridge with a reception to follow at Juniper Junction.

There is a $5 registration fee. The Royal Gorge Bridge & Park will offer discounted admission to all Girl Scouts attending this event.

Kick back and enjoy the sounds of blues , bluesrock and good old rock and roll on holiday weekends at the park. Local favorite, Deja Blues will be entertaining guests on Memorial weekend, Independence Day weekend and Labor Day weekend.

Rick, Glenn and Dan formed Deja Bluz in 1994 after each played in various S. Colorado bands. Rick performed in several bands in Nebraska & Iowa before moving to Colorado in 1987 when he and Glenn started their musical journey. Glenn as played in several bands in S. Colorado since 1967. Rick Kamerzell and Glenn McCarter are original members of the Belvedere Blues Band, which backed Buddy Whittington, the lead guitarist for John Mayall’s Bluesbreakers.

Dan McCarter has been playing in several local bands for over 35 years. In 2018, his son, Ethan McCarter, joined the band as drummer. He has been involved with several musical projects including the S. Colorado Community Band.

Deja Bluz plays a varied genre of music including Blues, Blues Rock, and Classic Rock and are proud to be the house band at the Royal Gorge Bridge & Park where they have performed for many years.

Boo at the Bridge

Mummies & Daddies will have a Fang-tastic time bringing their little ghosts & goblins Trick-or-Treating at America’s Bridge. Local businesses and non-profits will conjure up a Spooktacular time while handing out candy during this annual Halloween event. 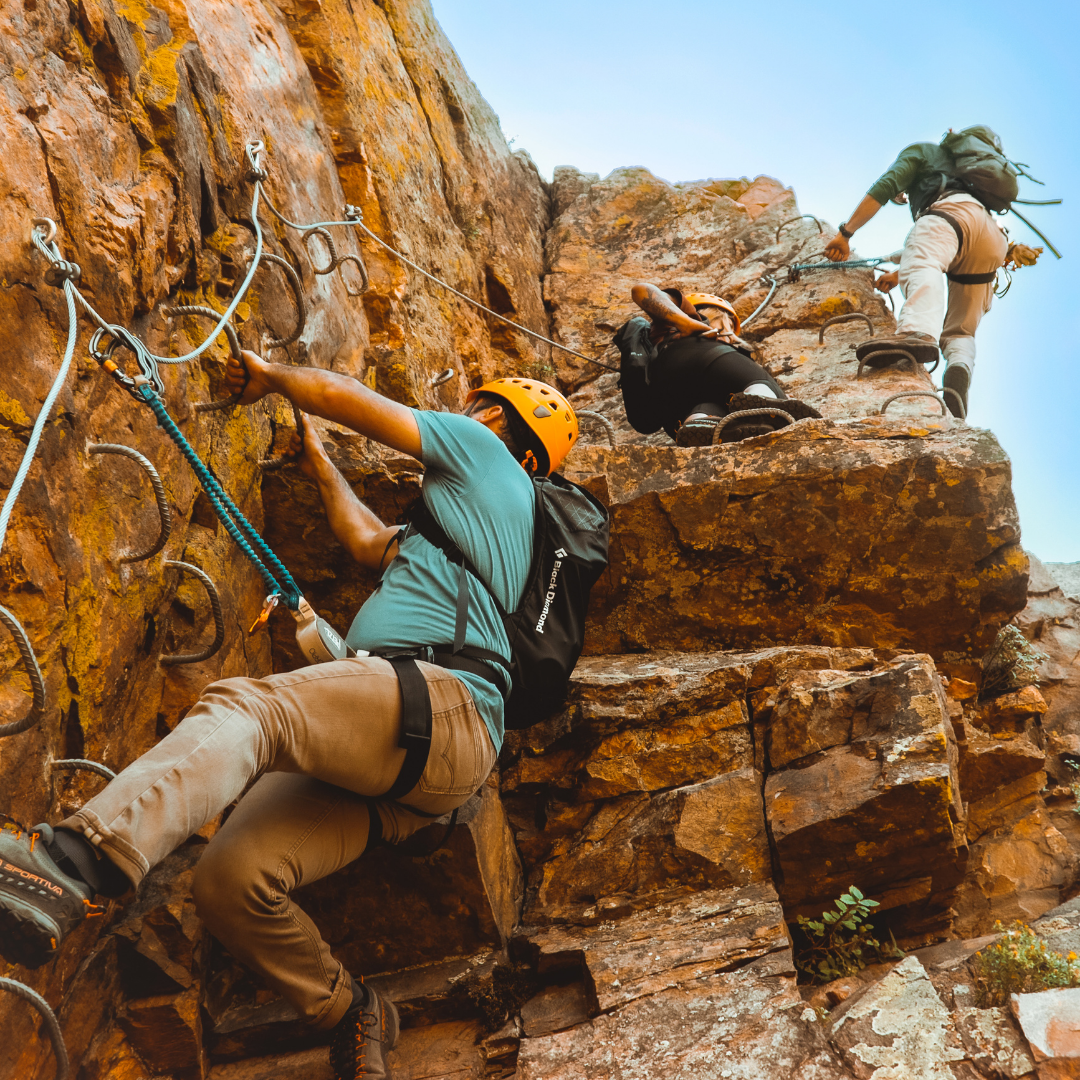 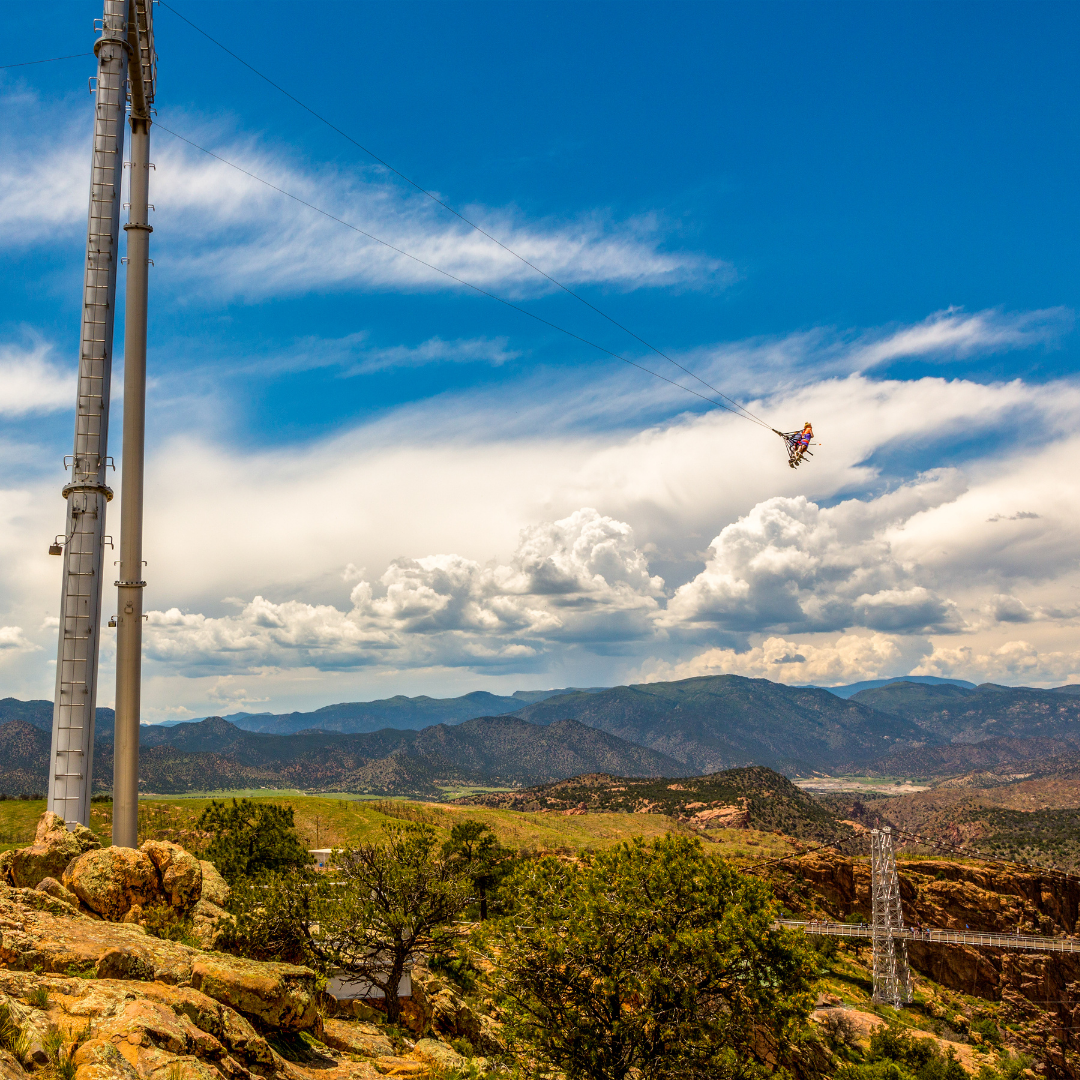 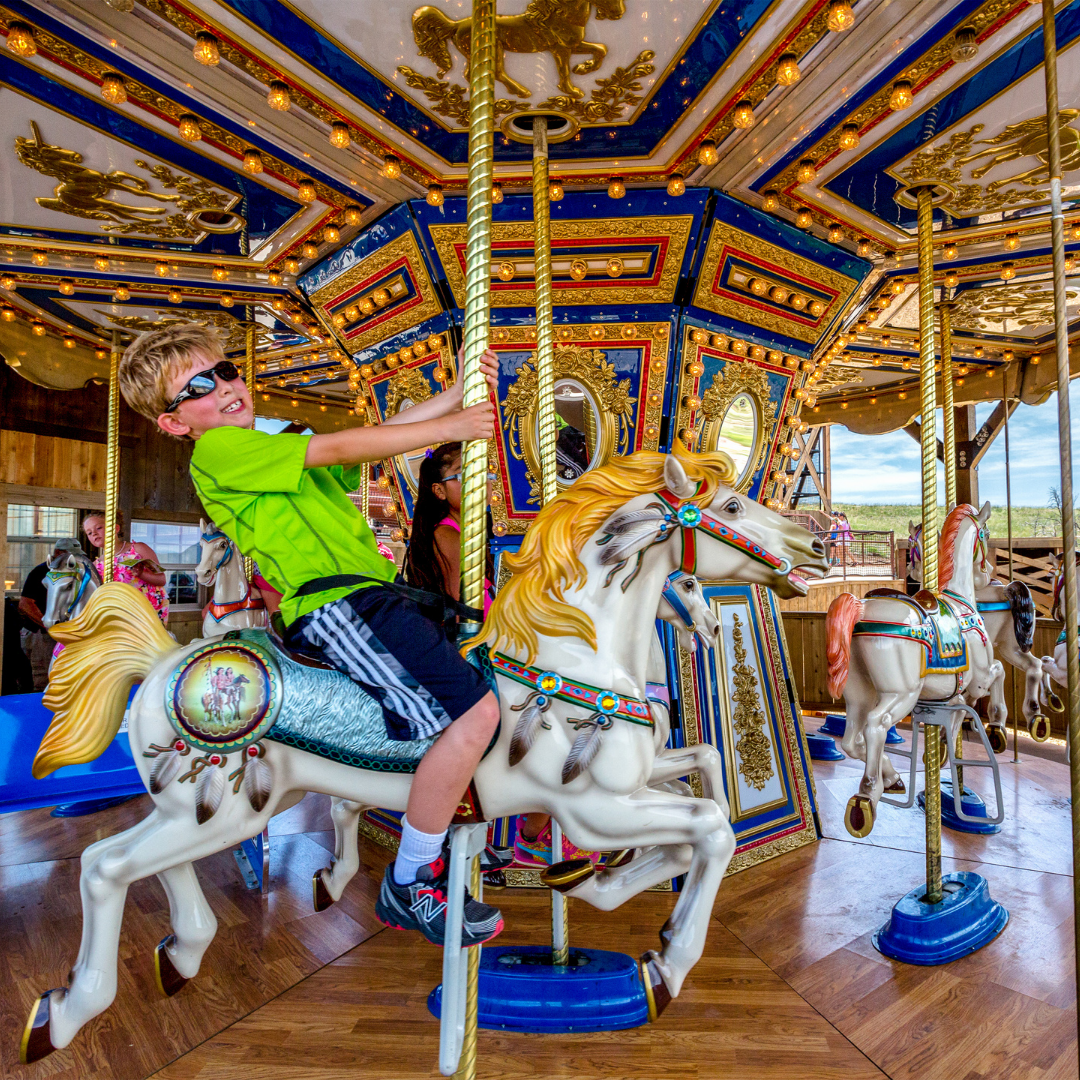 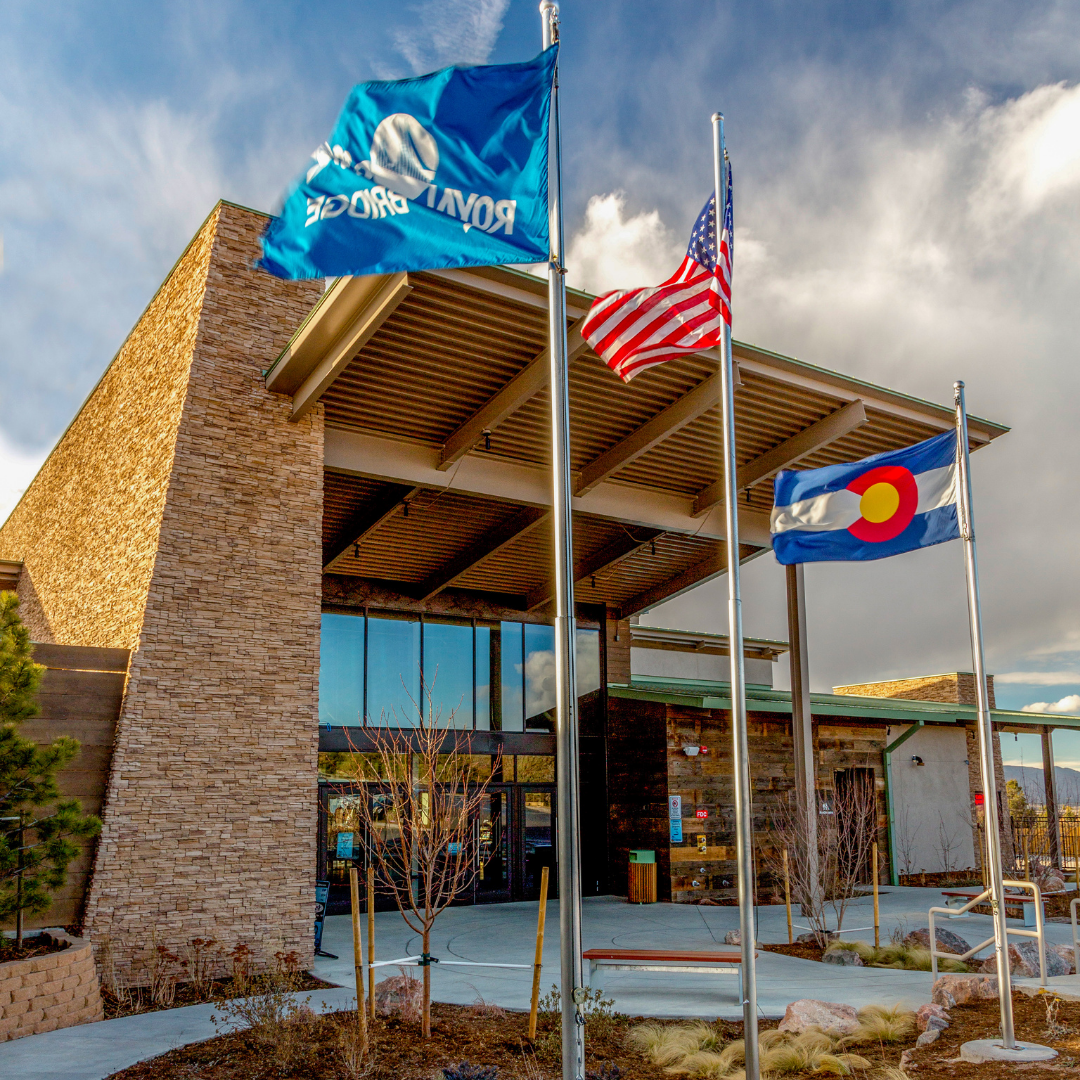 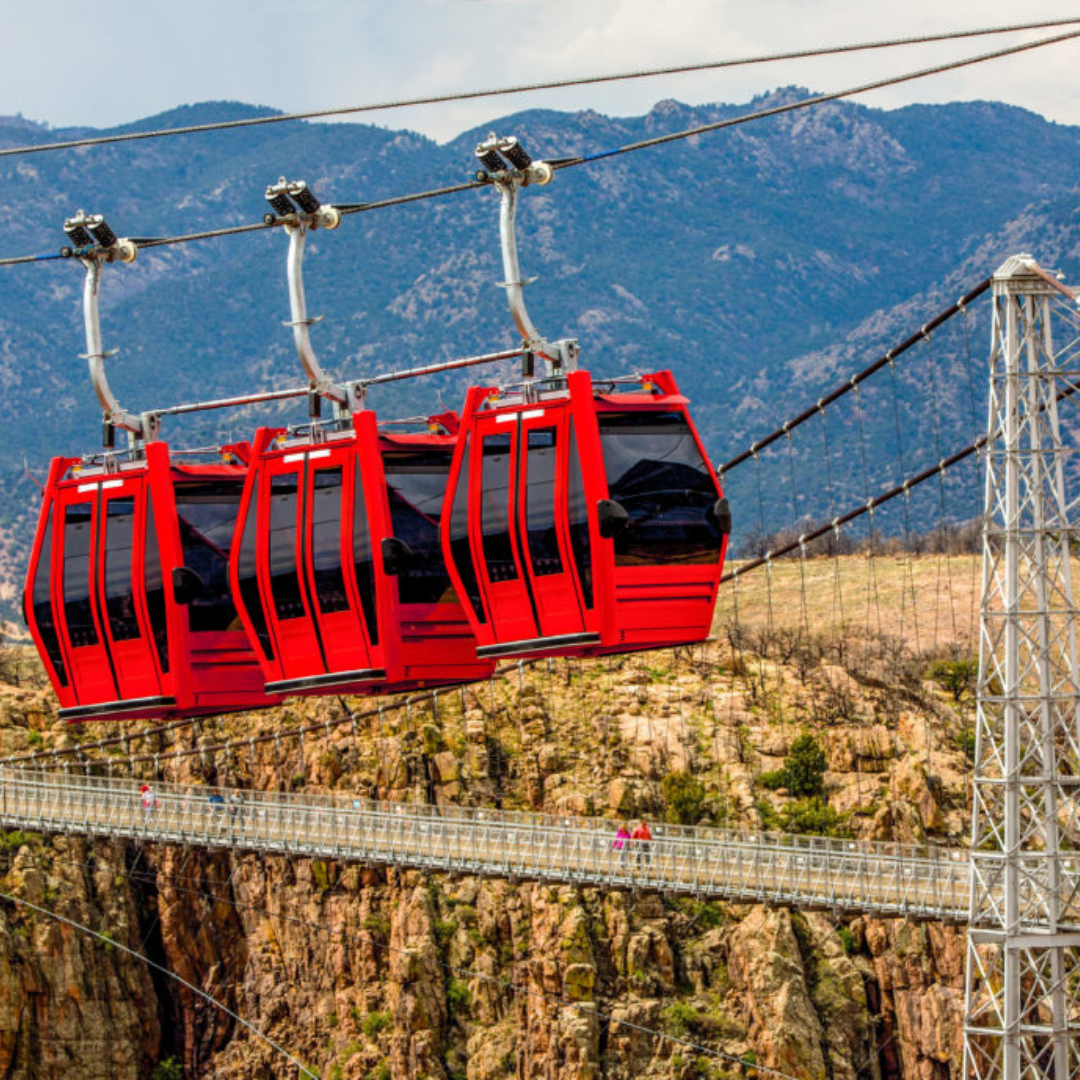